To share your memory on the wall of Allen Smith, sign in using one of the following options:

Allen R. “Bud” Smith, 81, of Roaring Spring, passed away Sunday at home. He was born in Alum Bank, son of the late Elwood and Ethel (McMaster) Smith.

Allen R. “Bud” Smith, 81, of Roaring Spring, passed away Sunday at home. He was born in Alum Bank, son of the late Elwood and Ethel (McMaster) Smith.

He was preceded in death by his sister, Patricia Ponder; and his brother, Robert.

He worked at Norfolk Southern as a welder and had various truck driving jobs.

Bud was a member of the National Guard.

All services will be privately held for the family. Interment will take place in Alto Reste Park.

To send flowers to the family or plant a tree in memory of Allen R. "Bud" Smith, please visit our Heartfelt Sympathies Store.

Receive notifications about information and event scheduling for Allen

There are no events scheduled. You can still show your support by sending flowers directly to the family, or planting a memorial tree in memory of Allen R. "Bud" Smith.
Visit the Heartfelt Sympathies Store

We encourage you to share your most beloved memories of Allen here, so that the family and other loved ones can always see it. You can upload cherished photographs, or share your favorite stories, and can even comment on those shared by others.

Love, The Manherz Family- Kimberly, Charlie, Melen and All of Your Friends at Edgemate, Inc. sent flowers to the family of Allen R. "Bud" Smith.
Show you care by sending flowers

Posted Apr 09, 2021 at 09:35am
Bud , Sorry I can't be at the service today, But just want you to know my family and children Loved you just like a father and grandpap. I cherish all the 30 years we got to make memories with you ! Love always, Cathy, Joe , Kristen and Joey
Comment Share
Share via:
LM

All of Your Friends at Edgemate, Inc.

Posted Apr 08, 2021 at 08:34am
Our most heartfelt sympathies for your loss... Our thoughts are with you and your family during this difficult time.

All of Your Friends at Edgemate, Inc. purchased the Blooming Garden Basket for the family of Allen Smith. Send Flowers

Flowers were purchased for the family of Allen Smith. Send Flowers 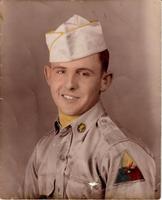