To share your memory on the wall of Edward Matosziuk, sign in using one of the following options:

Edward “Eddie” J. Matosziuk, III, 46, of Glen Burnie, MD, formerly of Altoona, PA, passed on
March 25, 2021 at UM Baltimore Washington Medical Center after a sudden illness.
Eddie was born in Philadelphia, PA on August 11, 1974, and was the son of Edward J.
Matosziuk, Jr. and Kathleen H. Byron.
He is survived by his parents; his son, Riley; his daughter, Lily; his stepmother Deborah; his
brothers Michael Matosziuk (Erin) and Steven Matosziuk; his sister Lauren Matosziuk; his
stepbrothers Jason and Jordan Plunkett (Jaime); his stepsister Melisa Plunkett (Ryan
Shellenberger); his aunts Marie Slobojan (Alan) and Patricia Byron (Al Nulty); his nephews
Connor and Jacob Matosziuk, Jaden Baker, Landon Shellenberger, and Gabriel Plunkett; and
his nieces Emme and Gracie Plunkett.
He was preceded in death by his grandparents, Edward and Marie Matosziuk and Mary and
Michael Byron.
Eddie graduated from Penn State University with a degree in Marketing. His personality and
charm made him exceptional in the financial and medical sales industries. His ever-present
smile was infectious. He loved all sports and his heart always stayed with Philadelphia teams –
the Phillies, the Eagles, and the Flyers. Eddie was a natural athlete. He was an all-star on the
East End little league team and enjoyed playing golf with his dad and brothers. Eddie’s children
were the highlight of his life. Nearly every conversation with him included an update on Riley
and Lily. Eddie’s life was far too short, but he absolutely lived it to the fullest.
All services for Eddie will be private. In lieu of flowers, memorial contributions can be made in
Eddie’s honor to Autism Now at autismnow.org. Interment will take place at Alto-Reste Park,
Altoona, PA.
www.thegoodfuneralhomeinc.com
Read Less

To send flowers to the family or plant a tree in memory of Edward J "Eddie" Matosziuk III, please visit our Heartfelt Sympathies Store.

Receive notifications about information and event scheduling for Edward

We encourage you to share your most beloved memories of Edward here, so that the family and other loved ones can always see it. You can upload cherished photographs, or share your favorite stories, and can even comment on those shared by others.

Posted Mar 28, 2021 at 10:07pm
Eddie was a sweet soul and a good friend! We have so many great memories with him including a group trip to Block Island, Penn State games, many weddings and birthday celebrations. These memories will be held close to our hearts. We will miss him so much. Our condolences to his entire family.
Comment Share
Share via:
HS

Flowers were purchased and a memorial tree planted for the family of Edward Matosziuk. Send Flowers 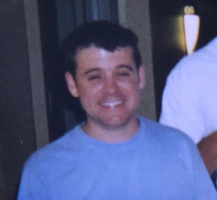 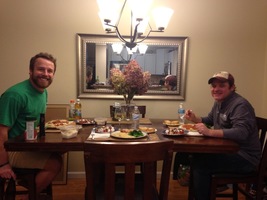 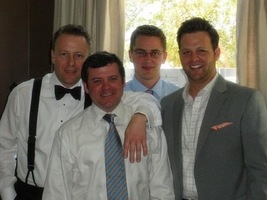