To share your memory on the wall of Edwin McGinnis, sign in using one of the following options:

He was born in Altoona, son of the late Joseph Scott and Grace A... Read More
Edwin Lawrence McGinnis Sr.

He was born in Altoona, son of the late Joseph Scott and Grace Almeida (Parks) McGinnis. He married his “Honey,” Dixie Lee Wray on July 5, 1959.

Surviving are his wife; and three children: Edwin Jr. of Altoona, David (Paula) of Fort Mill S.C. and Terry (Michele) of Altoona. He was the proud “Pappy” of Shannon, Lindsay, Lydia, Mason, Matthew and Avery as well as Pap Footer to Josh, Jason and Jenna. He was blessed with three great grandchildren: LaiLah, Judah and Carter; and two great-grandchildren due this year. He is also survived by his youngest brother who shares the same birthday, Thomas; two sisters in law: Peggy and Thelma; and by many special nieces and nephews.

He was a 1955 graduate of Hollidaysburg High School where he was a member of the varsity wrestling team. He proudly served his country in the U.S. Air Force from 1955 - 1958 and enjoyed a career with the U.S. Postal Service as a supervisor at the Altoona Post Office and as postmaster of the Gallitzin Post Office for 15 years. He was lucky to have enjoyed almost 30 years in retirement where he enjoyed playing cards, having yard sales, gardening, watching sports, and selling gadgets and trinkets at the Antique Depot. He later owned E & E logos, his screen printing business. Ed was a member of East End United Methodist Church where he served as an usher and a board member on the administrative council. He was also a member of NAPUS, the League, NARFE, the Bavarian Aid Society, and AARP.

Ed most enjoyed spending time with his family, especially his grandchildren.

A private service will be held at the convenience of the family. There will be a memorial service at a later date after COVID-19 restrictions are lifted.

In lieu of flowers, memorial donations may be made to Davis Phinney Foundation for Parkinson’s at DavisPhinneyfoundation.org, in honor of his wife Dixie.

To send flowers to the family or plant a tree in memory of Edwin McGinnis Sr., please visit our Heartfelt Sympathies Store.

Receive notifications about information and event scheduling for Edwin

We encourage you to share your most beloved memories of Edwin here, so that the family and other loved ones can always see it. You can upload cherished photographs, or share your favorite stories, and can even comment on those shared by others.

5 trees were planted in the memory of Edwin McGinnis

Posted Jan 09, 2021 at 06:31pm
I was saddened by Ed's passing and quite impressed with his obituary. However, an important fact about his life was not included that I felt compelled to mention here:

When I was heavily involved with Daffodil Days for the American Cancer Society from 1988-2011, and our flower sales were increasing exponentially every year, we recruited Ed to make our flower deliveries better-organized. Using his expertise as a postal employee, he annually mapped out the routes so our volunteers could deliver orders to offices and businesses in a more efficient way than had ever been done before. I always admired his quiet professionalism that took our entire effort to another level. Better yet, Ed was a good man and a great friend.

Posted Jan 07, 2021 at 10:54am
As you grieve know that we are remembering you and honoring the memory of "Edwin McGinnis".

Flowers were purchased and a memorial tree planted for the family of Edwin McGinnis. Send Flowers

Posted Jan 02, 2021 at 09:49pm
He will be missed by all. Good man, father, husband, grandfather and always there if you needed him. Always greeted you with a smile. He would come to church early to make coffee for everyone.
Comment Share
Share via: 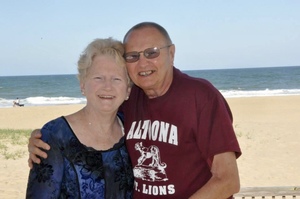 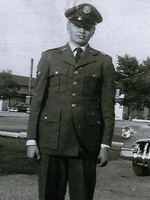