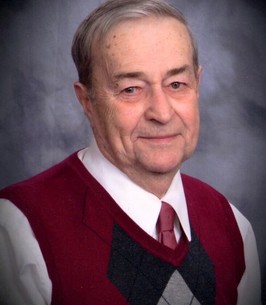 Frank was a Sgt. in the United States Army. He served during the Korean Conflict where he received a Bronze Star and his honorable discharge.

He was a member of the Brush Mountain Sportsman Club and attended the First Church of Christ Church in Altoona. He was a former member of the Bavarian Aid Society and the Unter Uns. Frank had a love and talent for woodworking. He spent his life working as a carpenter.

He was a kind-hearted man who was always willing to lend a helping hand to others.

In addition to his parents, he was preceded in death by a son, Randall J. Geiner; grandson, Matthew Geiner and two siblings, Michael Geiner (Don) and Anna Marie Hoelldobler

In lieu of flowers, memorial contributions may be made in his memory to: Voluntary Services- James E. Van Zandt VAMC. 2907 Pleasant Valley Blvd. Altoona PA 16602 - memo line: in memory of Frank Geiner.