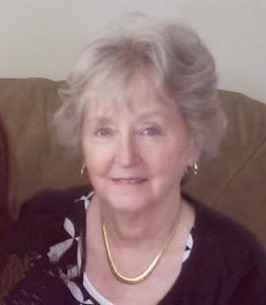 
Born in Belsano on August 27, 1941, she was the daughter of the late Charles and Dorothy (Claypool) Empfield. Janet married Frederick Gauntner on May 22, 1972.


She was a 1959 graduate of Altoona High School and retired from Tritrex Sportswear Inc.


Janet was a member of Altoona Full Gospel Church and had very strong faith. She enjoyed gardening, bird watching, cooking, singing and playing the piano, organ and keyboard. You could often hear musical talents at the congregations that she belonged to. Most notably though, she was kind, joyful, and a very devoted and loving mother and homemaker. Janet was always actively involved in the lives of the ones that she loved, especially her children.


Surviving are her daughter, Denise Clapper of Altoona, her two sons: Kenneth Clapper, Terry Clapper, and his wife Millie Clapper, of Altoona; three grandchildren, Elizabeth, Michael, and Travis Clapper of Altoona; great-grandson Ivan Grassi; and two sisters, Delores Hite of Roaring Spring and Donna Kay Shawl of Dubois. She was preceded in death by her sister, Shelby Davis of Colorado and her late husband, Robert E. Clapper of Altoona.


In lieu of flowers, memorial donations may be made in Janet’s honor to the Central Pennsylvania Humane Society, 1835 E. Pleasant Valley Blvd., Altoona, PA 16602.


An online guestbook may be signed and condolences sent to the family at www.thegoodfuneralhomeinc.com