To share your memory on the wall of John Wiederkehr, sign in using one of the following options:

John O. “Sonny” Wiederkehr, 84, of Coraopolis, passed away Saturday at the Heritage Valley Medical Center in Sewickley. He was born in Altoona, son of the lat... Read More
John O. ‘Sonny’ Wiederkehr

John O. “Sonny” Wiederkehr, 84, of Coraopolis, passed away Saturday at the Heritage Valley Medical Center in Sewickley. He was born in Altoona, son of the late J.O. and Martha (Hauser) Wiederkehr.

Surviving are his wife, Janet; his stepdaughter and caregiver, Suzanne Glumac (Lou) of Coraopolis; a sister, Barbara A. Rodgers (Douglas) of Richland, N.J.; a brother, Fred Wiederkehr (Sondra) of Corona, Calif.; two nieces, Stephanie Ahnen of Michigan and Karen Kristen of Massachusetts; and a nephew, Jeff Wiederkehr of California.

He was a lifelong resident of Altoona until a year ago, when he made a move to Apple Blossom Assisted Living Center in Coraopolis, with his wife.

He was a member of St. James Lutheran Church, Altoona.

John was a 1954 graduate of Altoona High School. He worked at W.S. Lee Co., and later retired as a U.S. postal worker.

Private services will be held at the family's convenience. Interment will take place in Alto-Reste Park.

Arrangements are with The Good Funeral Home Inc., Alto-Reste Park.

To send flowers to the family or plant a tree in memory of John O "Sonny" Wiederkehr, please visit our Heartfelt Sympathies Store.

There are no events scheduled. You can still show your support by sending flowers directly to the family, or planting a memorial tree in memory of John O "Sonny" Wiederkehr.
Visit the Heartfelt Sympathies Store 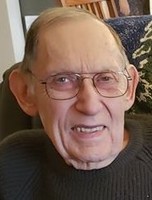 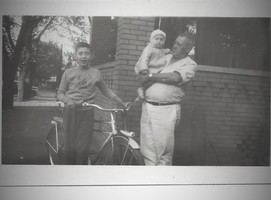