To share your memory on the wall of Robert Wray, sign in using one of the following options:

Robert C. “Pete” Wray, 88, of Altoona, went home to be with the Lord on Monday. He was born in Juniata, son of the late Robert C. and Louise May (Shamp) Wray.
Robert C. ‘Pete’ Wray

Robert C. “Pete” Wray, 88, of Altoona, went home to be with the Lord on Monday. He was born in Juniata, son of the late Robert C. and Louise May (Shamp) Wray.

He was a member of the Hollidaysburg Christian and Missionary Alliance Church. Pete owned and operated Pete’s Atlantic Service Station in Hollidaysburg. He also worked at Stuckey Ford as a sales representative, and retired from Conrail as an electrician.

He was a 1950 graduate of Altoona High School and completed his 4 year electrical apprenticeship with the PRR.

He was a fan of Penn State Football, Pittsburgh Steelers and Pittsburgh Pirates. Pete was also a member of the Bavarian Aid Society, Gideons International, and a volunteer driver for the D.A.V.

Friends will be received from 4 until 8 p.m. Friday, June 4, 2021, at The Good Funeral Home Inc., Alto-Reste Park, where a funeral service will take place at 11 a.m. Saturday June 5, 2021. Interment will follow in Alto Reste Park Cemetery.

In lieu of flowers, memorial contributions may be made to Gideon’s International at: Gideons.org/donate.

To send flowers to the family or plant a tree in memory of Robert C. "Pete" Wray, please visit our Heartfelt Sympathies Store.

Receive notifications about information and event scheduling for Robert

We encourage you to share your most beloved memories of Robert here, so that the family and other loved ones can always see it. You can upload cherished photographs, or share your favorite stories, and can even comment on those shared by others. 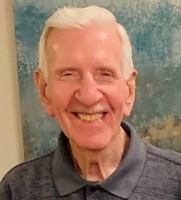