To share your memory on the wall of William Ford, sign in using one of the following options:

William “Bill” Arthur Ford, Jr., 79, of Abingdon, Md., formerly of Hollidaysburg, passed away unexpectedly on May 25, 2021, at home. Bill was born in Altoona, the ... Read More
William Arthur Ford Jr.

William “Bill” Arthur Ford, Jr., 79, of Abingdon, Md., formerly of Hollidaysburg, passed away unexpectedly on May 25, 2021, at home. Bill was born in Altoona, the son of William Arthur Ford Sr. and Helen Ruth (Snively) Ford.

On Jan. 14, 1967, he married the love of his life, Carole Jayne Riling, at the First Lutheran Church in Altoona.

He was preceded in death by his parents; his wife, Carole; his sister, Anne Ford-Smith; and his daughter, Dana Lynne Ford.

Bill was a graduate of Hollidaysburg High School in 1960. He had a special love for music. He was a Bandsman in the United States Air Force from 1960-64, and later retired from the 28th Division Band of the Army National Guard in 1995.

In 1976, he graduated with a BA in Music Education from Penn State University. Throughout his adult life Bill taught or played music. He was a private drum teacher at Ford Music and a freelance musician for almost 40 years.

Bill also loved sports, and loved watching Penn State and Steelers football games and Pirates baseball games. He had a special affinity for history, movies, books and traveling. Bill was a member of the Air Force Musicians Association and the Penn State Alumni Association.

A visitation will be held from 10 a.m. until noon Friday, June 4, 2021, and will immediately be followed by a graveside service with military honors at Alto-Reste Park. In Lieu of flowers, please make memorial donations to the Central PA Humane Society, 1837 E. Pleasant Valley Blvd, Altoona, PA 16602.

To send flowers to the family or plant a tree in memory of William Arthur Ford Jr., please visit our Heartfelt Sympathies Store.

Receive notifications about information and event scheduling for William

We encourage you to share your most beloved memories of William here, so that the family and other loved ones can always see it. You can upload cherished photographs, or share your favorite stories, and can even comment on those shared by others.

With deepest sympathy, Brian and Nicole Jubb and Kathleen sent flowers to the family of William Arthur Ford Jr.
Show you care by sending flowers

Posted Jun 04, 2021 at 05:11pm
My deepest sympathy for the family & friends of Bill. I had the pleasure of meeting & working with Bill in the early 80's when he & friend Murray came to workout and exercise at The Nautilus Physical Development Center - Altoona. Both of these men were GREAT people. Bill will always hold a special place in my life. God Bless you Bill and ALL of yours. Thom Geishauser
Comment Share
Share via:
TB

Posted Jun 03, 2021 at 03:28pm
We are so pleased our children, Meghan and Seth, were able to take percussion lessons from Bill during their years at Keith and AAHS! His tutelage helped them become great drummers in the Altoona High marching band. The "life lessons" he taught were equally important and invaluable! Bill was a kind, caring man who will always enjoy a special place in our hearts.
Comment Share
Share via:
WJ

Posted Jun 02, 2021 at 01:40pm
Bill was a wonderful person, who was full of life. He will be missed by many. Our thoughts are with you during this time of sadness. Jodi & Gayle

Flowers were purchased for the family of William Ford. Send Flowers 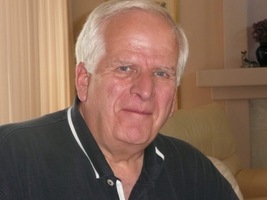