To share your memory on the wall of Frances Woomer, sign in using one of the following options:

Frances enjoyed puzzles, traveling, gardening and watching soap operas. In her later years, she was again devoted to taking care of her son.

She was a member of St. Luke's Episcopal Church, the Eastern Star and was a 1942 graduate of Altoona High School.

Frances contributed to the war effort during WWII by being employed at a local manufacturing facility in Blair County. She also worked at A&P supermarket in Altoona, and proudly worked for Boyer Candy Company.

Due to COVID-19, all services will be privately held at the convenience of her family. Internment will take place in Alto-Reste Park. Arrangements are by The Good Funeral Home Inc., Alto-Reste Park.

To send flowers to the family or plant a tree in memory of Frances M. "Diamond lil" Woomer, please visit our Heartfelt Sympathies Store.

Receive notifications about information and event scheduling for Frances

We encourage you to share your most beloved memories of Frances here, so that the family and other loved ones can always see it. You can upload cherished photographs, or share your favorite stories, and can even comment on those shared by others.

Posted Jan 09, 2021 at 01:41pm
Many are the Sweet Memories shared with my Dear Aunt Francis and my Dear Cousin Charles and his Precious Daughter Elisabeth. Today I am sending you Sympathy in tears, and Hugs and Much Love from My Heart, Your Always Loving Cousin, Cyndy.
Comment Share
Share via:
LB

Posted Jan 09, 2021 at 01:16pm
We’re missing you already, but at last you’ve left us for a peace we can all hope to share with you someday. We will meet again dear lady...
Comment Share
Share via:
DB

Posted Jan 08, 2021 at 11:59am
With our deepest sympathy Love Rick,Ricky, and John Maitland and Debbie Burgan

Debbie Burgan purchased the Love Everlasting Bouquet and planted a memorial tree for the family of Frances Woomer. Send Flowers 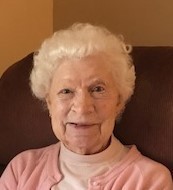